What Aging Parents Need from their Adult Children 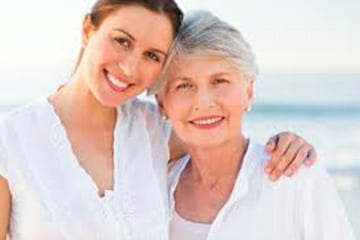 If you have aging parents and you visit with them often, you may start to notice a few things that may surprise you. Maybe you find some expired food in the fridge. Perhaps you notice that the house isn’t as clean as it was when they were raising you, or they are slower to remember important dates or conversations that you shared. It is normal to become a little alarmed, but it is also wise to consider caution and to take a few steps back before immediately assuming that your parent(s) need some help. Memory loss, moving or thinking more slowly, and being less observant are all normal parts of aging, and often they are not cause for concern. Here are some helpful points to take note of when interacting with your aging loved ones.

Care but not control. According to a study out of the University of New York at Albany, one of the most important issues to aging adults is retaining their independence. When adult children become so concerned about their parents that they start to treat them like children, as though they are incapable of making their own decisions, it actually makes the parent want to withdrawal from their child. No one appreciates being scrutinized, and though the careful observation of an aging adult comes from a place of concern, it can backfire and actually create an incredibly negative situation.

Conversation. Instead of sneaking around your parent’s home and checking expiration dates or inspecting the cleanliness of the bathroom, have a conversation with your parents. Be gentle and respectful in your questions and concerns. The study form the University of New York also showed that aging adults do want to know that they can count on their adult children to help them if they need it. The divide comes when the two parties don’t agree on what ‘help’ means. 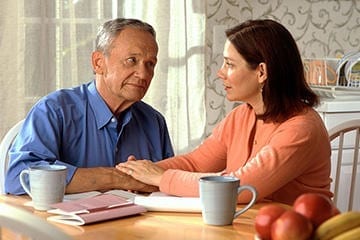 In another study done by Penn State, it was suggested that adult children thought their parents were being stubborn by ignoring their advice, when really aging adults just want to maintain their independence and make their own choices. The idea for success in this situation is to be patient with one another. Don’t put your aging parent on the defense or make them feel invaluable. As stated before, moving into attack mode will only serve to push the parent away, and then they won’t want to come to you when they really do have a problem.

Compassion. Above all else, try to have compassion for the aging adults in your life. Showing love will always speak louder than any conversation you have about memory loss or any plans that you make about long term care. These are truly difficult topics to address, but when covered in compassion they are received much easier.

If you have concerns about your health, always consult your doctor. Some of this information was obtained from an article the The Atlantic.